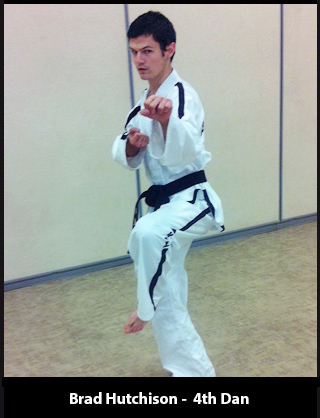 Mr. Brad Hutchison (Kwan Jang Nim Hutchison) is a 4th Dan black belt and head instructor of our club. He has been training in the martial arts for over 20 years. While training for his 2nd and 3rd Dan he also simultaneously trained in Kung Fu (Jorw-gar) for 4 years achieving a Purple sash.  He attained his 4th Dan Black belt ranking in 2014 and continues to train under Master Stanley (8th Dan) of Phoenix Taekwon-Do and Mr. Martin (5th Dan) in Calgary.   Kwan Jang Nim Hutchison has been teaching for over 15 years and brings a wealth of experience and knowledge to each class. He has worked with students of all ages including those with disabilities to help them achieve success.

As an active member of the Taekwon-Do Community, Kwan Jang Nim Hutchison is a well respected level A level referee for the ICTF (International Ch'ang-Hon Taekwon-Do Federation) and participates in tournaments. He has won numerous medals at both local and provincial levels and has helped many of his students do the same. In 2014, Kwan Jang Nim Hutchison won a silver medal at a Calgary tournament in Men's black belt sparring and in November 2016, a gold medal for patterns at the Western Canadian Taekwon-Do Championships in St. Albert, Alberta.

Kwan Jang Nim Hutchison is considered a kind and patient instructor who works through positive motivation and encouragement. He believes that classes should be fun and informative and that not everyone learns the same way. He is also known as a very sound technical instructor, a gift he passes on to his various students. 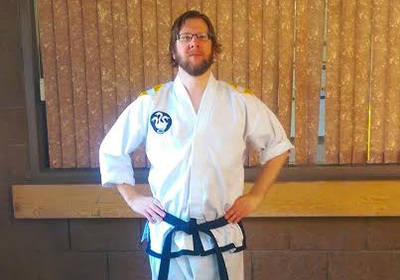 Besides martial arts, Shane has expertise in wrestling and has dabbled in bare knuckle matches in the past.

His passion and drive to help those in need is second to none with an especially strong desire for helping those deemed "special" by society.

One of his favourite quotes is: "Martial Arts is not about fighting; it's about building character." ~Author Unknown

K. Martin, 1st Dan
Ms. Kerri Martin has studied Taekwon-Do for over 10 years. She received her black belt as a student at Hydra Martial Arts.

Moving to Calgary in 2002, Kerri would later become a member of Hydra Martial Arts and resumed her training as both a student and assistant instructor.

Kerri still participates in competitions, winning a gold and bronze medal at the 2013 Western Canadian Championships in patterns and sparring.

Hydra's N.W. location at the Hillhurst Sunnyside Community Association will be Kerri's primary location for assisting. 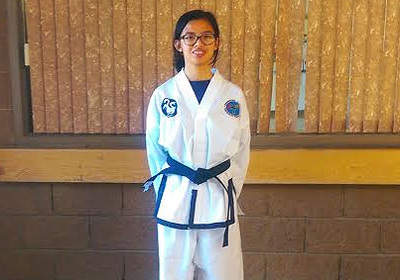 L. Nieves, 1st Dan
Miss Nieves earned her Black Belt from Hydra Martial Arts in 2015 and while continuing her training at Hydra, assists with classes whenever she can. 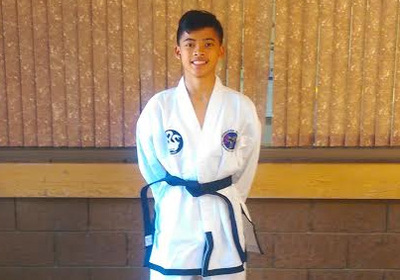 While he continues to train at Hydra, Mr. Nieves will assist with classes at the N.W. location whenever he can.
Back to Top of Page
| home | about | programs | n.w. location | s.e. location | instructors | contact | photos | pattern videos | fees |
| self-defence videos | benefits of taekwon-do | history of taekwon-do | grading | tenets & student oath | FAQ's |